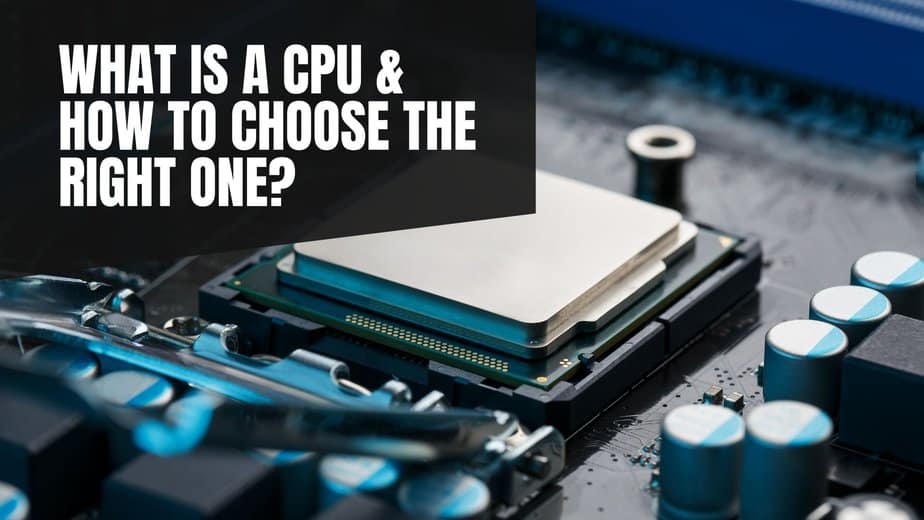 If you’re reading this, chances are you’re familiar with computers. But do you know what makes them tick? The heart of any computer is its Central Processing Unit or CPU for short.

The CPU, or Central Processing Unit, is like the boss of a computer. It’s the one in charge of ensuring everything runs smoothly and efficiently. Without a processor, a computer would be like a group of coworkers without a leader – chaos would ensue, and nothing would get done.

In this article, we’ll delve into the inner workings of the CPU and explore its role in our beloved machines.

What does a CPU do?

Besides being a bossy microchip, the CPU is an incredibly fast calculator that can execute millions of instructions every second, but only one instruction at a time.

The CPU receives input from various sources, including input devices like monitors, keyboards, mice, and microphones, as well as from applications and software like web browsers, video editing software, and operating systems.

The input is then processed (discussed in the next section), and an output is provided, for example, running a task on a spreadsheet.

What are the main tasks of a CPU?

The CPU has four main tasks to take care of:

Examples of tasks performed by a CPU

Here are just a few examples of what a CPU might be up to at any given moment:

Key Components and Concepts of a CPU

When it comes to CPUs, there are a few key concepts to understand:

First, there’s the concept of cores which are like mini-processors within the main CPU chip. They’re like a team of workers, each taking on a specific task and working together to get things done.

A motherboard can contain multiple processors connected by the UPI (Ultra Path Interconnect). That way, they can work together and get things done faster.

The CPU core comprises several basic elements, each with its specific function.

Control Unit (CU): The control unit is in charge of fetching instructions from the computer’s memory and decoding them, telling the other components what to do.

Arithmetic Logic Unit (ALU): The ALU is in charge of performing four basic arithmetic functions (i.e., addition, subtraction, multiplication, and division) and logical operations. It’s the one that crunches the numbers and makes sure everything adds up.

Instruction Register: These are temporary storage locations within the CPU. They’re used to hold data that the processor is currently working on, and they’re much faster than regular memory.

L1 & L2 Cache Memory: These are small, fast memory locations, but they store frequently used data and instructions. They act like a buffer, helping to bridge the gap between the slower speed of the random access memory (regular memory) and the fast speed of the CPU.

Threads are virtual cores – they’re not actual physical cores like the ones you find in the CPU, but they act like them in a way.

Think of them as conveyer belts – they’re not the actual product being transported (that would be the data and instructions the processor is working on), but they’re responsible for moving it along to the physical cores.

The more threads you have, the more conveyer belts you have, and the faster the product (data and instructions) can be transported to the cores (the workers).

Just like a factory might have multiple conveyer belts working together to move different products, hyperthreading is like having one factory worker working on two conveyer belts simultaneously. Talk about being a slave driver!

The clock speed is a measure of the speed at which the CPU can execute instructions, and it’s typically measured in GHz (gigahertz).

For example, a CPU with a base frequency of 3.0 GHz and a boost clock of 4.0 GHz, can function at a minimum of 3.0 GHz and momentarily boost to 4.0 GHz to meet more demanding applications. The boost clock is normally only used for short periods before returning to the base clock speed.

Some modern CPUs can be manually overclocked. This information is normally available on the manufacturer’s website (AMD or Intel). Some knowledge is required safely overclock your processor. The general rule is that almost all AMD CPUs are overclockable, but only Intel CPUs ending in K or X are.

How to choose a CPU

The choice ultimately comes down to personal preference and your needs for the processor. AMD and Intel offer high-quality CPUs with unique features and benefits.

Here are some things to consider when choosing a CPU:

The more-budget Intel Core i3 has a dual-core, while the i5 uses quad-core. However, high-end games and video editing often require modern processors with six or more cores.

The Types of Applications You Intend to Run

If you’re getting an AMD EPYC 9654 to run spreadsheets, it is like using a nuclear bomb to destroy a truck. An Intel Core i3 is more than suitable for spreadsheets and running your browser.

For high-end gaming, you would need a decent gaming desktop with a high-performance processor which high clock speed and core count, such as the Intel i7-13705H. You would probably also need a high-end graphics card like an NVIDIA GeForce RTX 3070.

TDP, or Thermal Design Power, in watts, measures a CPU’s power usage. It represents the CPU’s maximum power consumption under a full theoretical load. In other words, it is the maximum wattage a system should be designed to handle so that the CPU can perform at its declared specs under the most demanding workloads. It is crucial to note that actual power usage will be lower under lesser workloads.

Intel and AMD processors can generate heat, but AMD processors may tend to produce less heat due to their smaller lithography (the size of the transistors on the CPU). This can be a consideration for users concerned about heat generation and cooling requirements.

You would want a processor with a lower power consumption that can produce less heat and save you on electricity.

On a side note (since we are on the topic of heat generation), if you have a computer that you have been using for several years and notice your CPU heating up a lot faster than usual, it might be time to reapply the thermal paste.

Compatibility with Your Motherboard

Another important consideration is compatibility with your motherboard and other system components.

Also, if you are using a laptop, it is impossible to change its CPU because most manufacturers solder the processor directly onto the laptop motherboard. Therefore, it is paramount to research properly beforehand to get a laptop that suits your needs.

It’s also worth noting that CPUs have become increasingly complex over the years, with multiple cores, threads, and other advanced features. This can make it difficult for the average user to understand and compare different CPU options fully. It’s important to research and consider your needs before making a decision.

To sum it up, the CPU is the brains, brawn, and boss of a computer. It receives input, processes it, and provides output, executing instructions at lightning-fast speeds. It’s the one in charge of ensuring everything runs smoothly and efficiently. Without it, your computer would be nothing more than a fancy paperweight.

Different types of CPUs are available, each with its unique features and benefits, so choosing the right one is important.

Don’t be overwhelmed by all the technical jargon – take the time to understand your needs and research before making a decision. Who knows, with all the amazing advances in technology we’ve seen in recent years, the CPU of the future might be even more impressive!

You’ve probably heard of a GPU if you’re a gamer, a designer in the industry, or just someone who wants to maximize their computer’s performance. But precisely what is a GPU, and why is it so crucial? To better comprehend graphics processing units (GPUs), their purpose in modern computing, and how they operate, we’ll dive… 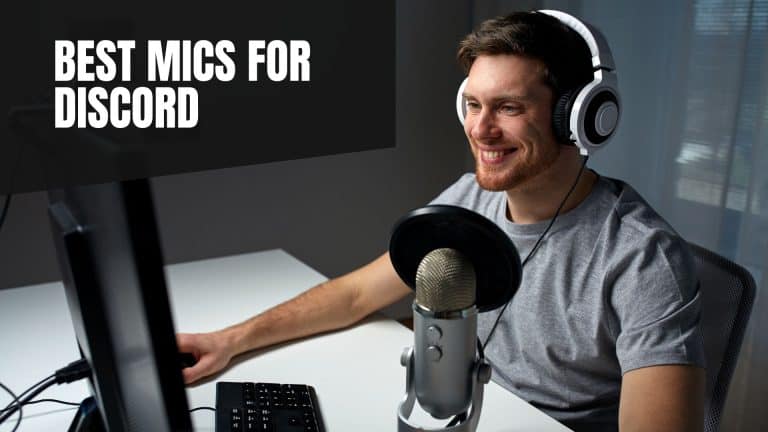 Introduction Most people who regularly use computers to go online will eventually need an audio device to have a two-way voice conversation with another person or group or even to record their voice for a video, a PowerPoint presentation, or interaction on Discord. The general public places greater importance on visuals and lesser significance on… 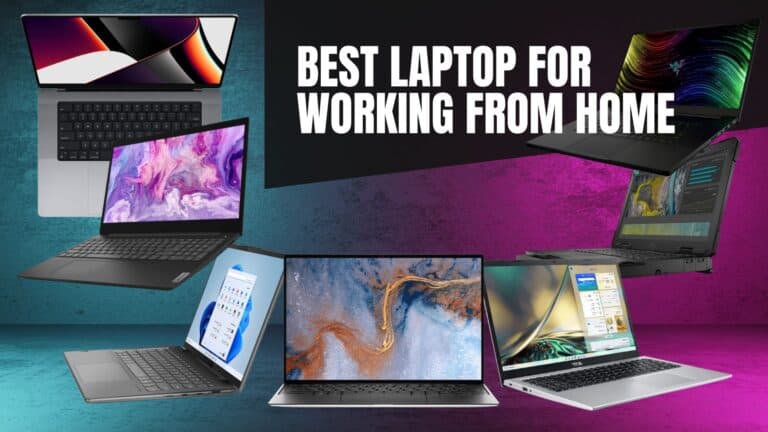 Working from home has become mainstream for many of us, and selecting the best laptop for working from home can be difficult. Fret not! We explored the internet to find the top candidates for your needs. We have you covered whether you need a lightweight computer for video conference calls, a powerhouse for graphic creation, or something… 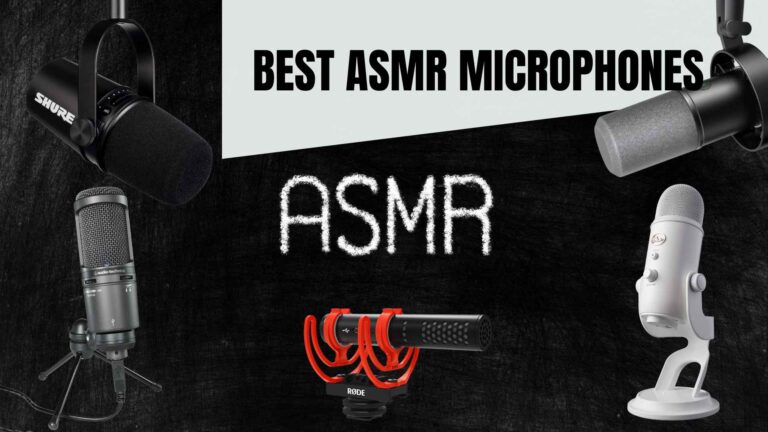 Are you an ASMR enthusiast looking for the perfect tool to capture the soothing sounds of whispers, gentle taps, and other relaxing noises? Look no further because we’ve scoured the internet to bring you the cream of the crop regarding the best ASMR microphones. Whether you’re a professional content creator or just looking for a… 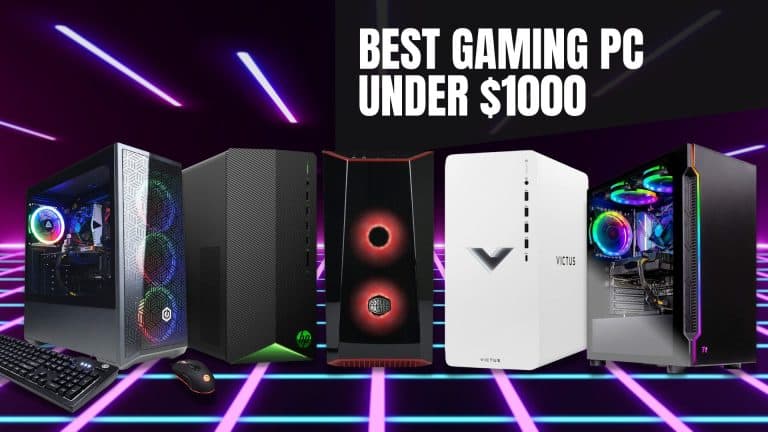 You’re on a tight budget but still want a great gaming computer? If you are looking for the best gaming PC under $1000 in 2023, you’ve come to the right place. Choosing the best prebuilt gaming PC on a budget can be tough, especially if you are unfamiliar with PC specifications and terms. Should you… 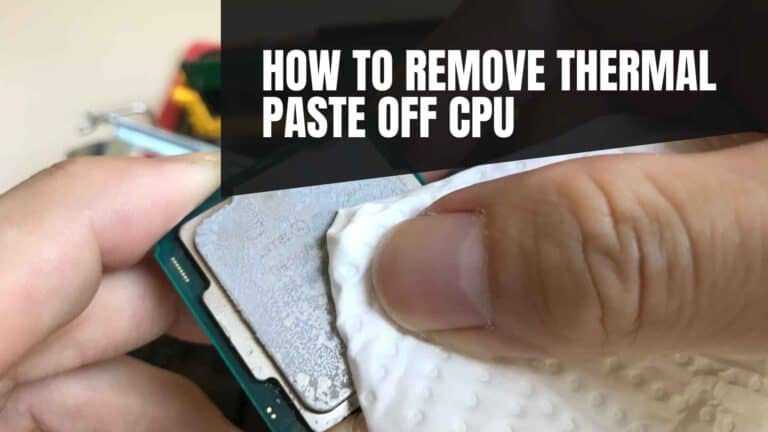 If you’re reading this article, it is probably because you notice your processor heating up and slowing down, and you suspect that the CPU thermal paste has dried out and not transferring heat properly to the heatsink. Also, if you have a work-from-home laptop that you have been using for several years and you’re looking…